One week ago, rain started falling from grey skies over the Greater Toronto Area (GTA). It rained all day Saturday. The temperatures dropped turning roads into ice rinks. The worst of this particular weather system was to come overnight. I went to bed.

The clock read 7:02 when I awoke Sunday morning. Too early, I thought, and continued to slumber away, cozy in my warm cocoon. At 7:30, unable to stay in bed any longer (OK, my bladder was about to explode), I got up and walked into the living room (after the bathroom stop), to discover it was actually 9:30 a.m. The power had gone out during the night, and I had slept through it.

I called my children (mobile lines were unaffected) who are scattered between Burlington, Ontario and Mississauga. They were all fine. Two had electricity. One did not, but a generator was keeping them warm. My father, who lives alone in south Etobicoke, was a challenge to get a hold of. Finally, contacting a neighbour in the area, I learned that he was okay, but without power. I was relieved he was well, but concerned he had no electricity to keep the furnace humming along. My father is 84.

Three hours after our lights went out, they came back on. Yeah, hoorah! Shortly thereafter, we lost the water. When it returned a short time later, the cold water was cold and the hot water was cold. It was time for action.

I pressed a button on my phone programed to instantly connect me with our Concierge. Michael answered.

“Hi Michael,” I said in a warm, but matter-of-fact tone. “We have no hot water.”

“Yes mam,” he said. (He always calls me ‘mam’, a title I am not particularly fond of, but what can you do.)

Michael informed me that he was in the process of finagling something or other, which would ensure that hot water would once again return, and my inconvenience ended. I didn't understand much beyond, “In five minutes,” but it was good enough for me. I hung up the phone. Ten minutes later Michael called to ensure that the water was hot. It was. I gave him freshly baked cookies later that day.

That’s it. That was my trouble for the day and the impact the storm had on me. Sheltered from Mother Nature's wrath in a warm, cozy home, with water, food and all other conveniences modern life has to offer me, I had no appreciation for what was really happening across the GTA.

I soon learned that hundreds of thousands of people were without power. As I write this, there are still tens of thousands who are exhausted from a week of enduring freezing cold temperatures in dark houses. The Christmas miracle they prayed for, did not arrive. Hydro crews continue to work around the clock to restore power to everyone, but it will still be some time before everyone is back on the grid.

The clean-up of the debris and the thousands of trees we have lost in the area is overwhelming and sad.

This storm was devastating, and its impact will be felt for a long time to come, yet it was so beautiful.  One week later, neighbourhoods still sparkle and shimmer under sunlight. Trees encased in ice, glisten and twinkle as if thousands of tiny lights have been strung on every twig, on every branch, on every tree. It's quite magical.

It's beauty and devastation all at once. It's the power of nature. 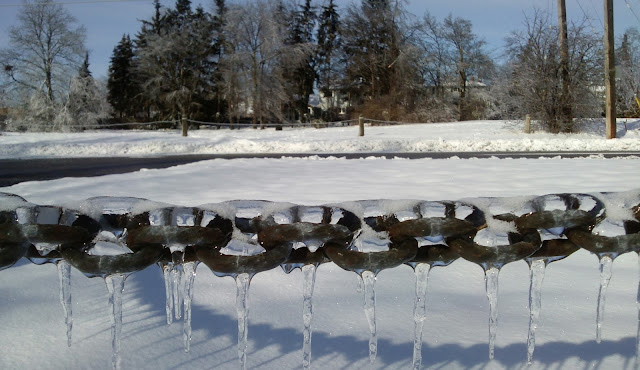 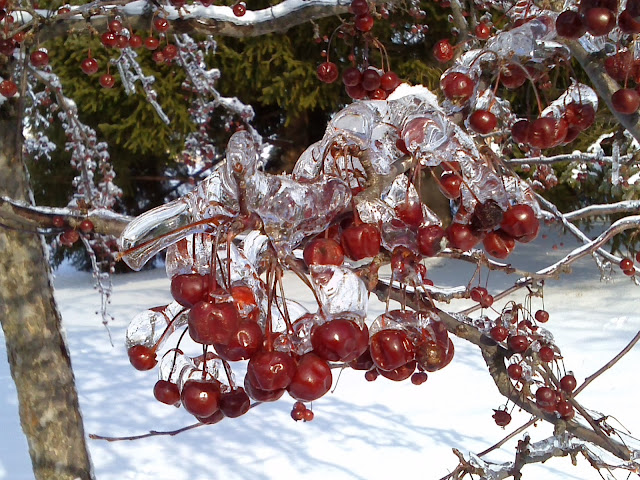 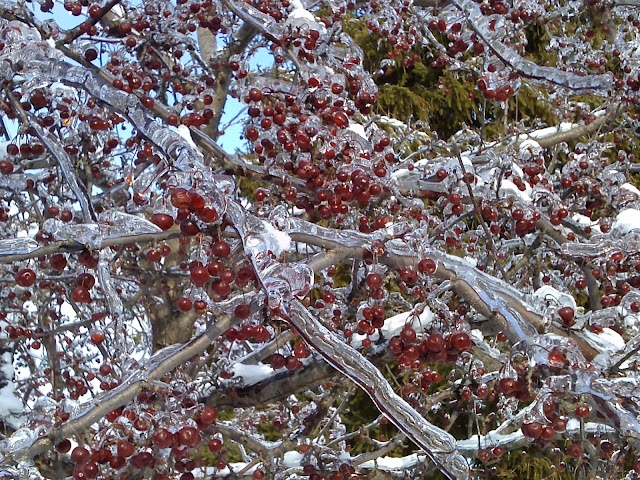 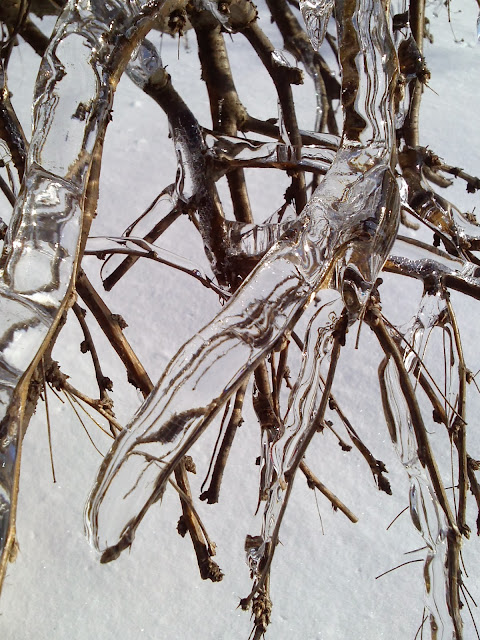 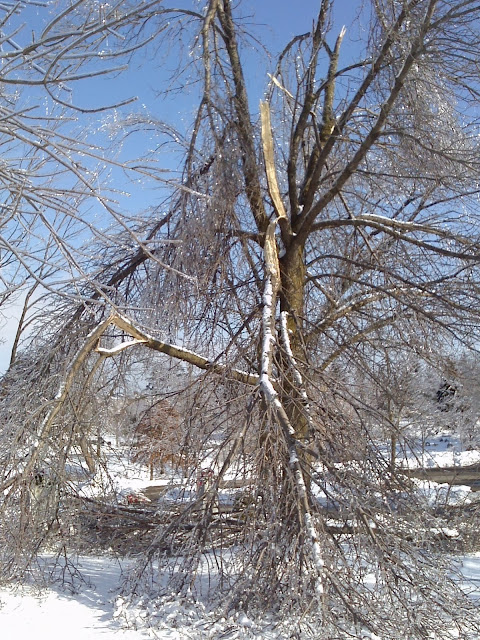 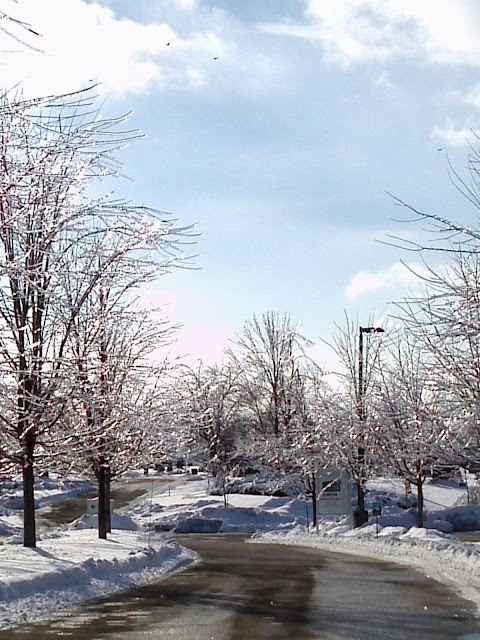 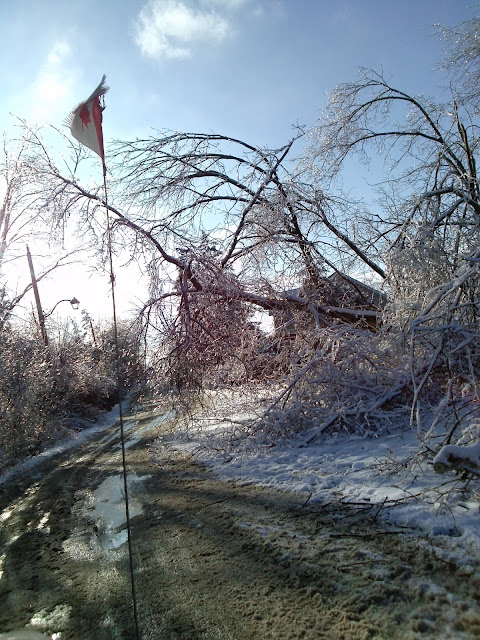 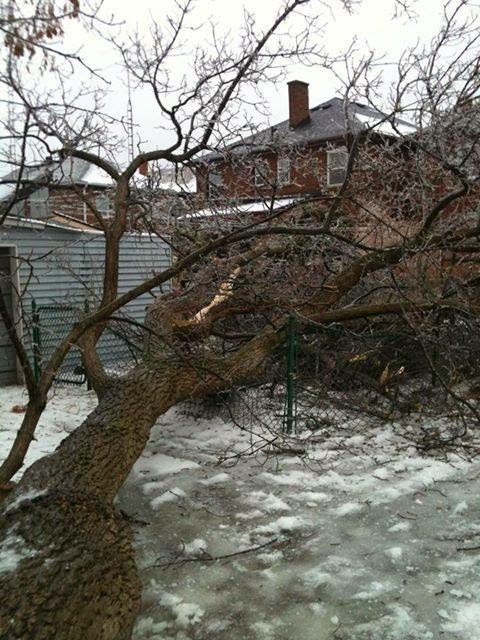 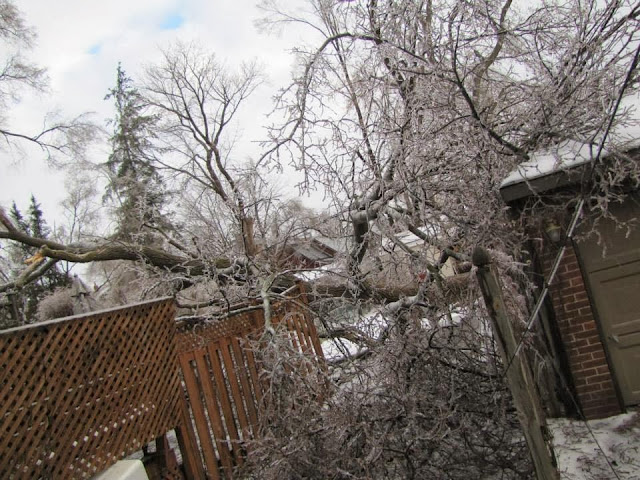