Where to Eat in New York City--in 12-Hours

New York. The Big Apple. The city that never sleeps. But you did need to sleep and now you’re down to your last full day in NYC. You came here to see a few sites, maybe take in a Broadway production and...eat. New York City is a gastronomical delight for any foodie. There’s no shortage of restaurants and with 12-hours remaining to enjoy some of the best, where to go? Here are my picks for a truly indulgent NYC foodie-fest.

This may not be the most “upscale” joint to grab your breakfast from, but if what you’re after is one-great-bagel, this is the place. There are 15 different bagels to choose from and a whole host of cream cheeses to smother into it. I was so overwhelmed by the selection, I chose a plain bagel with plain cream cheese, which of course, screamed, "Newbie." Grab a table by the window for a clear view of the entire restaurant, and watch the world come and go. For a truly New York experience in a great people watching place, it’s two thumbs up for Ess-a-Bagel.


After an hour of getting lost within the bookshelves of this downtown Manhattan bookstore, review your buys with a drink and snack at one of their communal tables. Chat up a local. It's the best way to learn about a new place.

This modern and trendy restaurant is located inside the Marriott Essex House, directly across the street from Central Park. The menu features American comfort food, prepared with style, based on classic French technique. I shared a Reuben sandwich, which was accompanied with finely sliced pickled fennel and mandarin orange pieces. The sandwich is presented as ‘sliders', in buns that were soft and sweet. The meat was thinly sliced and incredibly juicy. It was by far the best Reuben sandwich I have ever had (and I’m not just saying that). Lunch was completed with an Illy coffee and a slice of New York cheesecake. When in New York…

Located just inside the lobby of the Algonquin Hotel, this is a classy and elegant locale for a mid-afternoon break. The restored Algonquin Lobby, with writing desks and Edwardian furniture, retains the charm and ambiance forever associated with this New York landmark hotel. Unwind and plan ahead for your evening in New York City, as you enjoy an afternoon cocktail in one of the most elegant hotels in NYC.

This steakhouse was once referred to, by Ruth Reichl, then-restaurant reviewer for the New York Times, as “A steakhouse to end all arguments.” She wasn’t kidding. If you are not carnivorous, don’t go. If on the other hand, you dream of the perfect prime rib served with buttery vegetables and warm petit-buns on a silver dish, then this is your place. The servers are attentive and friendly, taking time to joke with you, as they hustle trays weighed down with food through the crowded dining room. At least once, make it to this New York City institution.You’re in New York, afterall. Don't forget to take home a bottle of their own steak sauce.

If you are from Toronto, as I am, New York City is not the first place that comes to mind when planning a winter getaway.  There’s snow here. There’s snow there. In fact, there is so much snow in both locations, that on the day I traveled to NYC, the usual 1.5 hour flight between the two cities, turned into an eight hour adventure. But an hour hovering at 10,000 feet, a landing in Newark, a fuel refill and two packages of pretzels later, we landed in LaGuardia, just as planned. At last, I was in New York City. That’s all that mattered.

“To the Waldorf Astoria, please,” I announced to the driver sitting behind the wheel of the yellow New York City cab. No further directions were needed. I was on my way. I had wanted my NYC break to be elegant and luxurious. Life is short after all. The Waldorf Astoria New York, was my escape.

A bit of history: Millionaire William Waldorf Astor, opened his 13-storied hotel on March 24, 1893. Built by renowned architect, Henry Hardenbergh, the hotel embodied Astor’s vision of what a grand hotel should be. It included many firsts, in the long-line of Waldorf firsts. Electricity was provided throughout the hotel and in many of the guest rooms, private bathrooms were a standard.

Four years later, in 1897, the Waldorf was joined by the 17-story Astoria Hotel, erected on an adjacent site by Waldorf’s cousin, John Jacob Astor IV.

In 1929, after decades of hosting distinguished visitors from around the world, the Waldorf Astoria Hotel closed to make way for a reincarnation of 15 blocks north on Park Avenue. On October 1, 1931, the current hotel was opened. At the time, it was the world’s largest and tallest hotel. Today, the Waldorf Astoria New York, continues to be one of the most beloved and utilized institutions.

The hotel, along with the Towers of the Waldorf Astoria, offers 1,415 guestrooms and suites. Ascending the marble staircase into the main lobby, the 'Circle of Life' mosaic awaits you. I couldn’t help but to think of all the famous footsteps that have made their way over that same staircase.

Composer, Cole Porter, made his home here for 25 years. His piano rests in the hotel’s signature restaurant, Peacock Alley. When in New York, The Presidential Suite has been home to every President since Herbert Hoover. The Royal Suite was home to The Duke and Duchess of Windsor.

Black and white photos hang throughout the hotel’s corridors. I spent a few hours roaming the halls, looking at the photos and reading the captions. Famous faces of men wearing tuxedos and women in ball gowns smiled back at me. I fantasized about the romance and elegance of a by-gone era. I'm certain I was born a couple of decades too late.

During my two-night stay, I had opportunity to dine in two of the hotel’s three restaurants. Dinner at the Bull and Bear Prime Steakhouse was an event. Although Bull and Bear is known for its steak, I opted for the shellfish platter. Oysters, Gulf Shrimp, Main Lobster, Jumbo Lump Crab and Alaska King Crab, all laid out on a bed of crushed ice, arrived at my table. 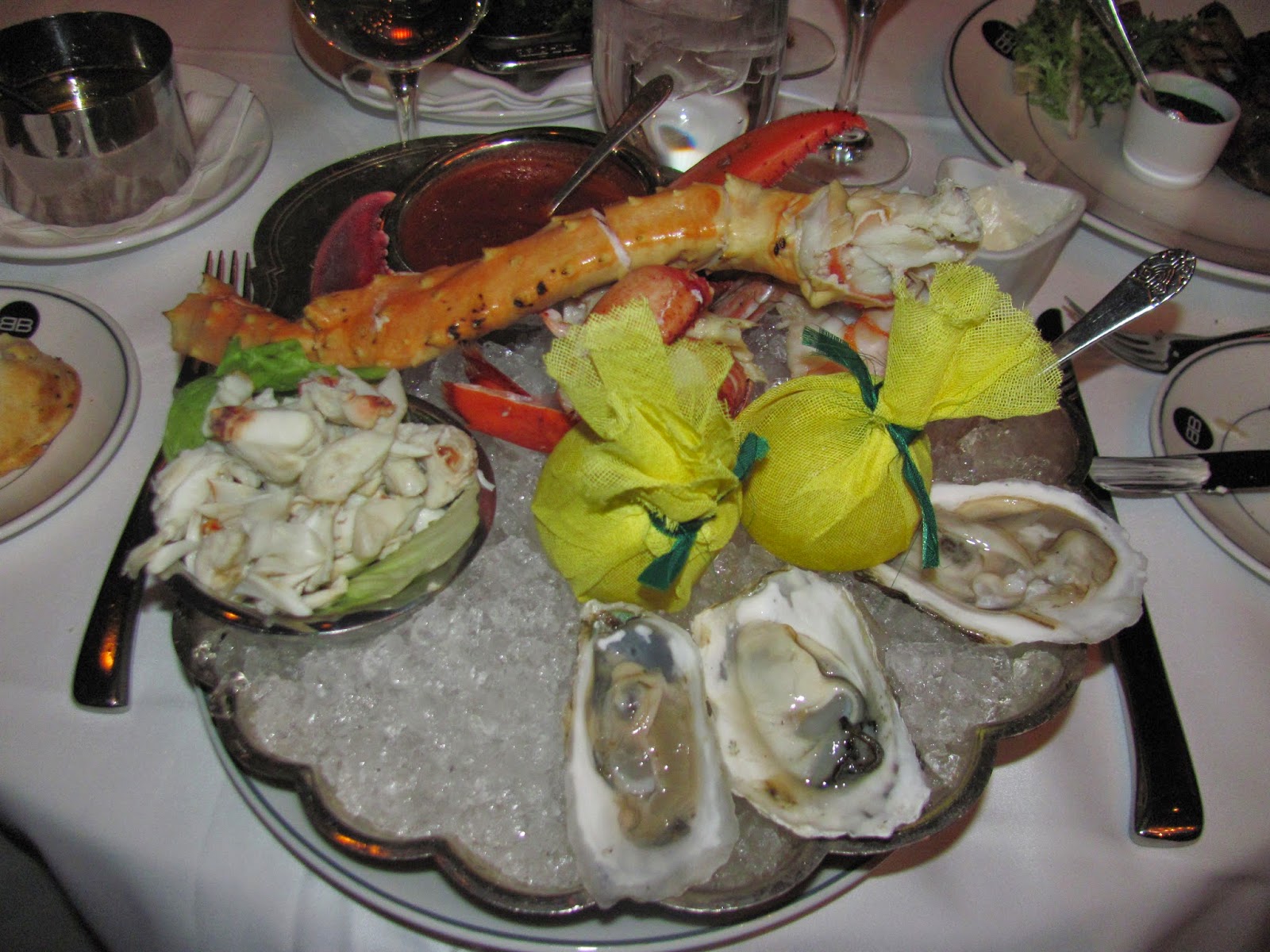 Drawn butter accompanied it on the side. A cool chardonnay washed it all down. Bull and Bear is also home to one of New York City’s most recognizable bars. The evening began around it. 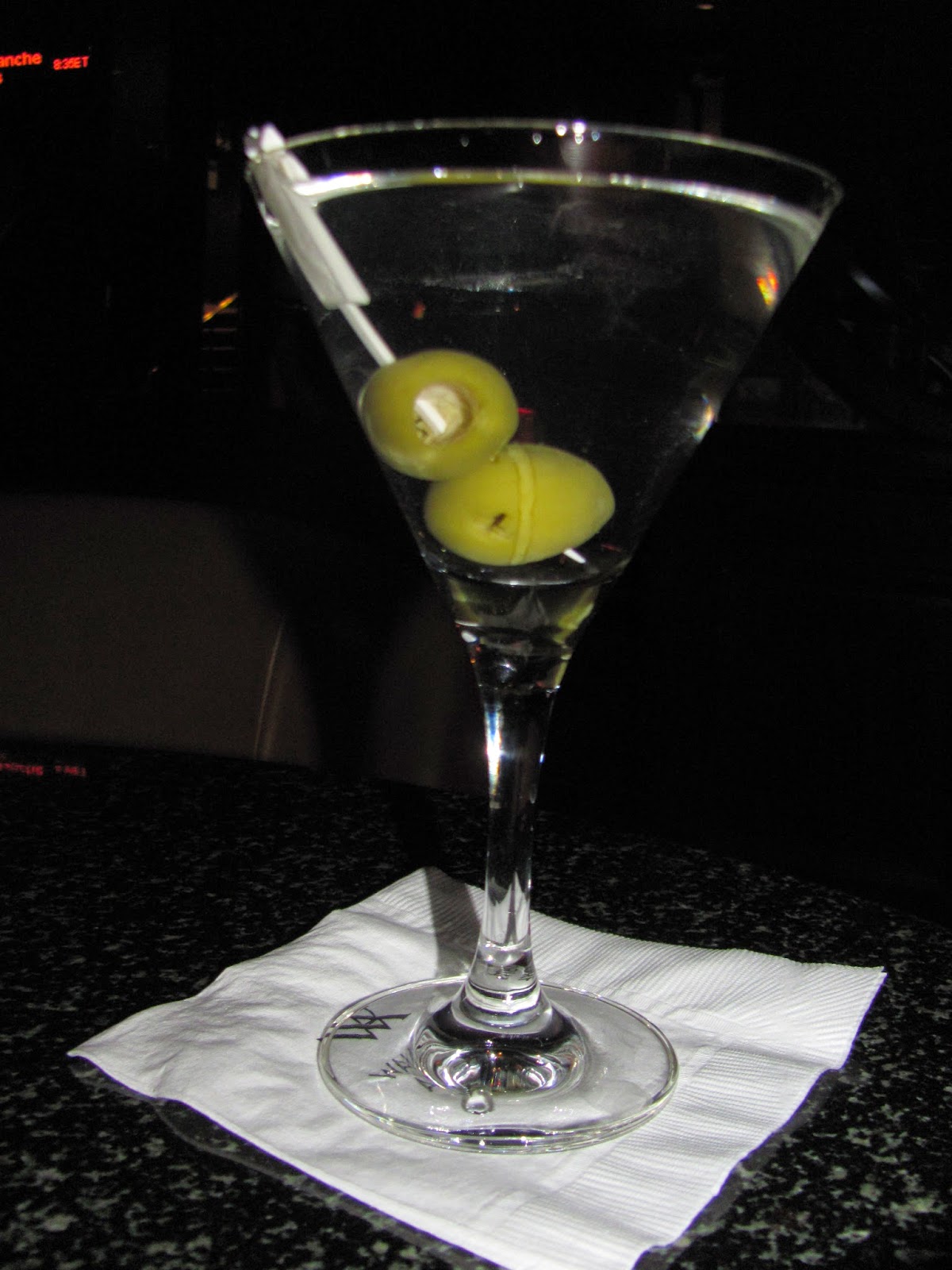 Breakfast found me at Oscar’s American Brasserie. This particular restaurant is named after legendary maitre d’ Oscar Tschirky, the man credited with creating the Waldorf Salad, Eggs Benedict and Oscar Veal, among other dishes. Breakfast here was a culinary pilgrimage. And what would a visit to The Waldorf be without a red-velvet cupcake. Yes, red-velvet was created here too. 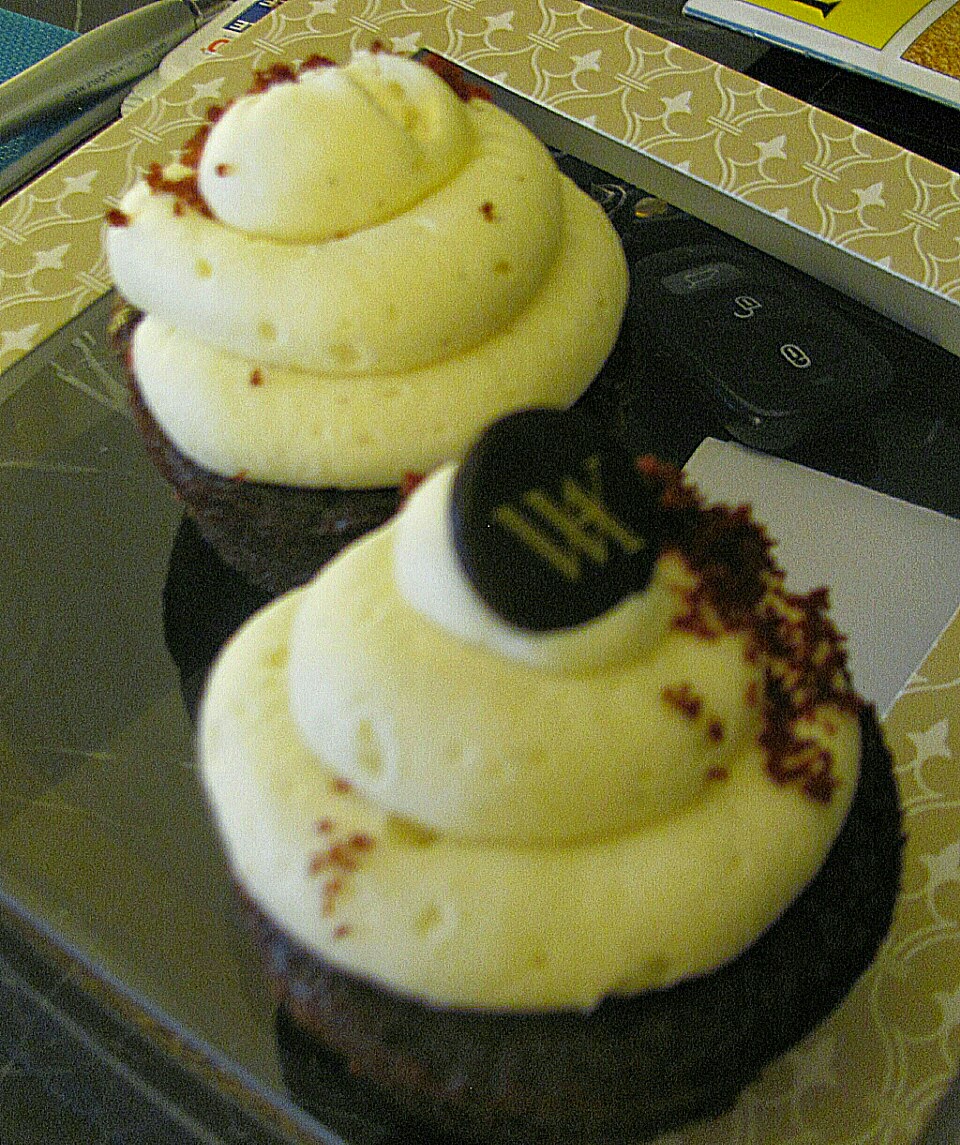