Why is it that everything deep-fried tastes so darn good? Damn be the calories. Let's take dollops of gooey dough dropped into hot oil, deep-fried to golden deliciousness, sprinkled with cinnamon and sugar and served warm, for example. How yummy does that sound?

Sometime ago I read that every nationality has its own version of fried dough. I believe this to be true. Sadly, I've not tasted every single version (not by lack of trying).

New Orleans has beignets; Spain has churros; Italy has zeppole; Portugal has malasadas; Canada has, well, we have BeaverTails (Queues de Castor in French). 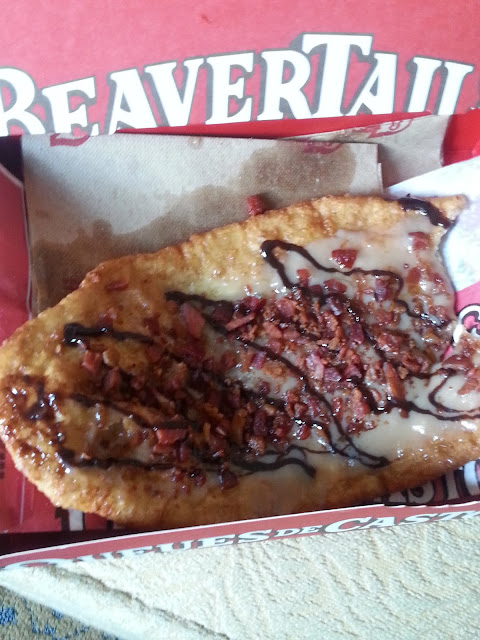 So, what exactly is a BeaverTail? A true Canadian culinary treat, that's for certain! They are batches of dough that are stretched by hand to resemble the tail of a beaver. Then these deliciously addictive, traditional whole-wheat pastries are deep-fried in canola oil, served piping hot, drizzled with butter and your choice of toppings.

The current BeaverTail evolved from a family recipe passed down through at least three generations and is similar to a yeasted, crack-wheat treat enjoyed in early Canadian and American farms. The first commercially produced BeaverTail was sold in 1978. The first storefront opened in June 1980, in Ottawa’s Byward market, one of Canada’s oldest and largest public markets.

In February of 1981, BeaverTails made their first appearance along Ottawa’s most famous winter attraction and the longest skating rink in the world, the Rideau Canal Skateway. Today, skating on the canal and enjoying a BeaverTail, go hand in hand. These warm, delicious, crispy treats are so popular along the canal, that even on the coldest of Canadian winter days, the lineups can be lengthy. Be prepared to wait. It will be worth it.

Through the years a variety of toppings have been developed to further enhance the sinful indulgence to the BeaverTail experience. Add Oreo cookie crumble sprinkled on top of vanilla icing, drizzled with chocolate sauce or banana slices layered over a thick coat of hazelnut spread. My favourite topping is still The Classic: cinnamon and sugar. With this topping, the crispiness of the pastry is maintained. Why mess with perfection, I say.

On February 19, 2009 BeaverTails made international headlines when President Barack Obama, on his first official visit to Canada, dropped into Byward Market with the sole purpose of indulging in this iconic pastry. President Obama’s visit was later dubbed, The BeaverTail Summit.

You know you're famous when: 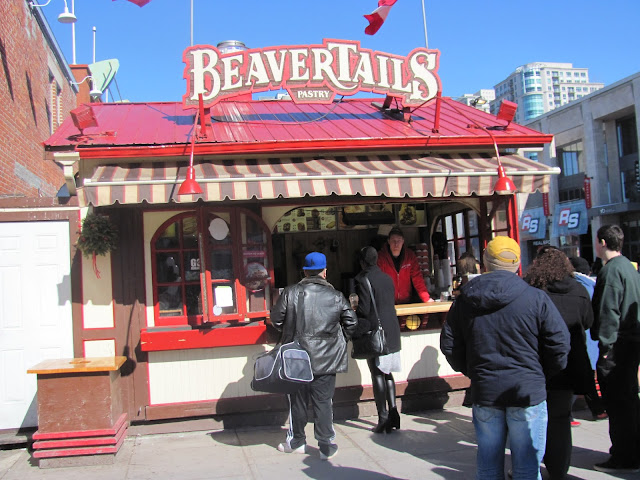 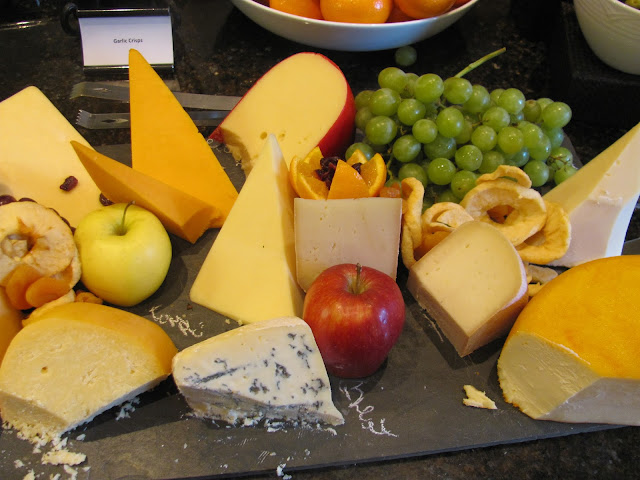 All cheese starts off basically in the same manner, with curds and whey. It’s a process as old as the centuries. But what makes some cheese so stinky as to be banned from public transportation?

The two main factors that provide cheese its aroma are aging, also known as ripening, and washing. The longer the cheese ages, the stronger the odour. Washing is another method that intensifies the aroma; common washes include rum, beer and salt water. The combination of aging and washing, is therefore, what can produce some intense pong.

But does strong odour affect the taste of the cheese?

“I always like to say with cheese, its bark is bigger than its bite, meaning the smell is stronger than the taste,” says Afrim Pristine, owner off  Cheese Boutique in Toronto.

With that in mind, grab your nose plugs, a baguette, your favourite wine or beer, and give these cheeses from around the globe a try.

Originally created in the Duchy of Limburg, this cheese ages in the bacteria Brevibacterium linens, which, by the way, is the same bacteria found in body and foot odour. Limburger cheese ages for three months at which time is becomes spreadable. The most traditional way to eat Limburger cheese is to spread it on a fairly solid bread such as rye, top it with a slice of onion and wash it all down with a beer.

Said to be a favourite of Napoleon’s, Epoisses de Bourgogne has been made in central France since the 1700s. The odour from this cheese is so strong that it has reportedly been banned from France’s public transportation system. During its six week aging process, the cheese is washed with a mixture of water and Marc de Bourgogne brandy. The brandy is what gives the cheese its delicate flavour and the primary source of the cheese’s strong stench. To best enjoy this cheese, pair it with acidic fruits such as pears, apples and figs. Nuts and a good wine are also good picks.

Also known as Sablé du Boulonnais, this soft yet firm cheese is an unpasteurized cows’ milk cheese with a red-orange washed rind. It ages anywhere from seven to nine weeks and is washed in beer. It was rated as the world’s stinkiest some years back, but despite its odourous smell, Vieux Boulogne does not have a sharp taste. Rather it is mild and rich and best enjoyed with a good quality beer or even Champagne. It’s French, after all, so why not?

The name of this cheese says it all. This is a cows’ milk cheese made in Gloucestershire, in the southwest of England, since 1972. This cheese ages up to two months, during which time it is immersed every few weeks in perry made of local Stinking Bishop pears, giving the cheese its distinct pungent odour. A pear-flavoured liqueur works well as a drink option with this cheese, as does a good local beer.

This cheese is also created by the bacterium Brevibacterium linens. First made in Hungary in the 1890s, Palpusztai is a soft cows’ milk cheese, runny and outright stinky. Because of its high ammonia content, it has been known to bring tears to the eyes. But fear not. Get over the heady smell, grab a good, strong ale and do like the locals.

Enjoy!
Written by Unknown No comments: