I’m standing on the balcony under the blazing sun, eyeing the morning surroundings through fold-away binoculars, the kind you slip into a pocket of a Tilley travel vest. I see a rush of people hurrying down the gangway. Their journey is interrupted by photographers wanting to take their photo with a pretend pirate, wearing a pretend eye-patch and a pretend prosthetic hook for a hand. They oblige and continue on their way once the photo is snapped.

In the distance I spot a tall Christmas tree glistening in the morning sun. Gold-coloured tinsel and large, green, red, and yellow balls sparkle on its branches. Next to the tree, sitting on a low-lying wall, is Santa Claus. Say what? Santa Claus? Here? It’s 26 Celsius (80 Fahrenheit). I’m on a cruise in the Caribbean, and we’re docked on the island of Saint-Martin. 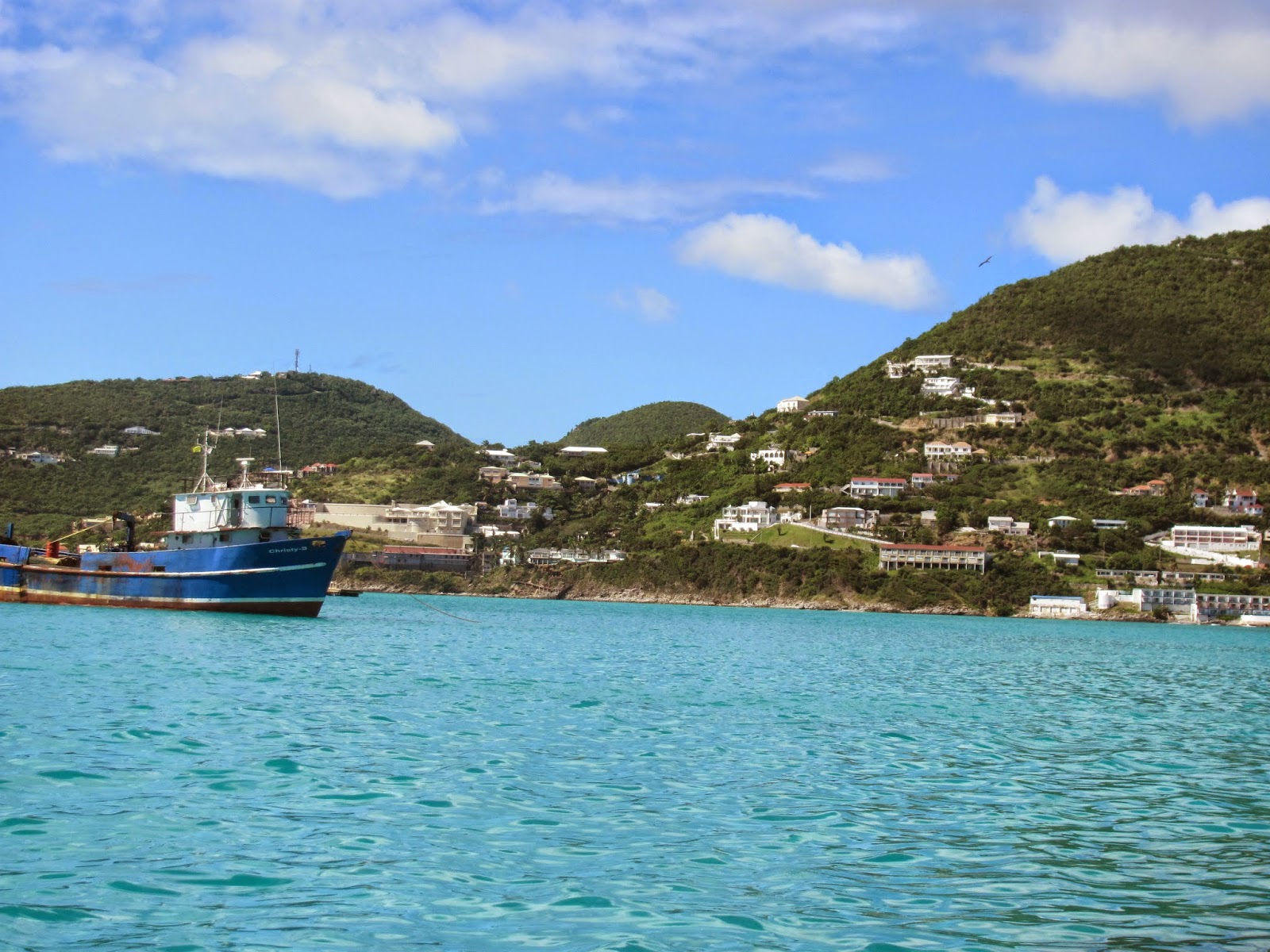 When you come from a climate that celebrates Christmas with tuques, shovels and long-johns, Santa Claus, nutcrackers and carols just don’t seem to fit together. It’s... well... weird. It’s also a novelty.

“Check it out,” I say to my husband, bemused. “There’s a Santa Claus out there. In 80 degree weather. A Santa Clause!”
“He must be hot,” he says, as he lowers the thermostat in the cabin.
“He must be. There are a lot of women gathered around him taking pictures.” I continue looking through my trusty binoculars. “I need a photo with him too.”

Two hours later, after a leisurely breakfast on a sun-filled deck, with Jose Feliciano wishing us all Feliz Navidad, I check on Santa. He’s still there.

“We should go now,” I say. “How much longer can he sit on that ledge in this heat?” Poor Santa-man, I think. I feel sorry for him. I’m concerned with his dehydration. “I hope someone is giving him water.”

We disembark the ship, pose for the obligatory pretend-pirate photo,  and I bee-line it to Caribbean Santa, who, unbelievably, is still perched on the ledge... in 80 degree heat. With camera in hand, I excitedly approach him. Gasp! He’s not real. He’s a fake Santa, blown up like a balloon and screwed to the concrete like a bench to a city sidewalk. A fake Santa. Sheeesh! 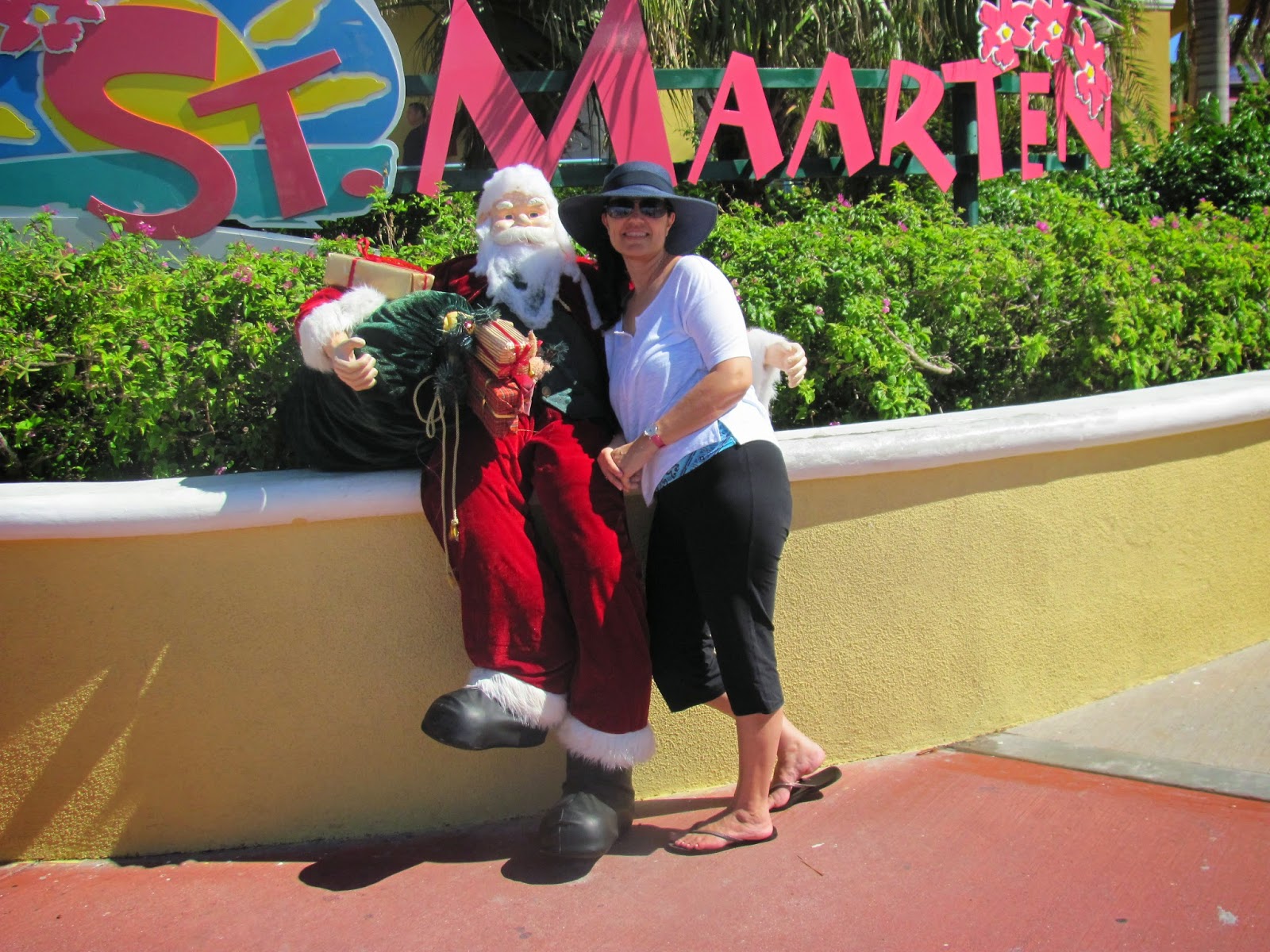 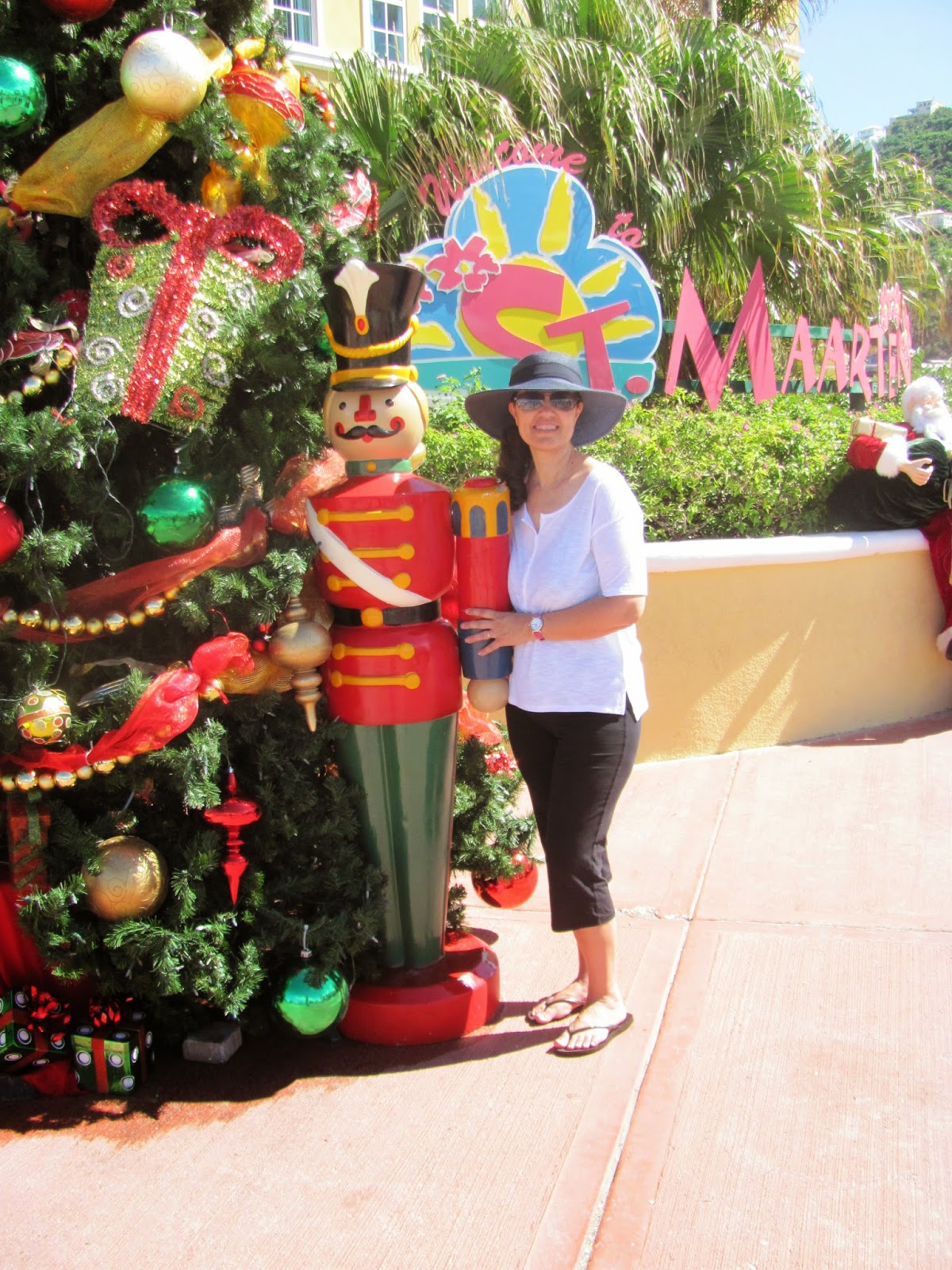 Yet, it feels like it’s the right thing. After all, Santa comes from the North Pole. It’s natural he’d stop in Canada, Russia, England, the northern United States—any place, really, where the temperature hovers around the freezing mark, and children are warned not to place their tongues against steel poles.

Realistically, would Santa Claus actually make it to the Caribbean? I don’t think so. He’d sweat his nuts off in that suit, and besides, I doubt Rudolph, even with his shiny nose, could guide the sleight that far away. So what choice is left but to prop an air-filled Santa on a concrete ledge? The irony in this, is that everyone who gathers around the air-filled Santa does so for the novelty of it. Practically all of my fellow passengers are from northern climates, stocking up on vitamin D for the long winter ahead. The amusement of Santa Claus, Christmas trees and carols piped through loud-speakers in the Caribbean, is something we all share.

“It’s so strange to be wearing shorts and hearing Christmas carols” I hear the woman behind me say. She's right. After all, who's ever heard of a Christmas carol about building sand castles on the beach? 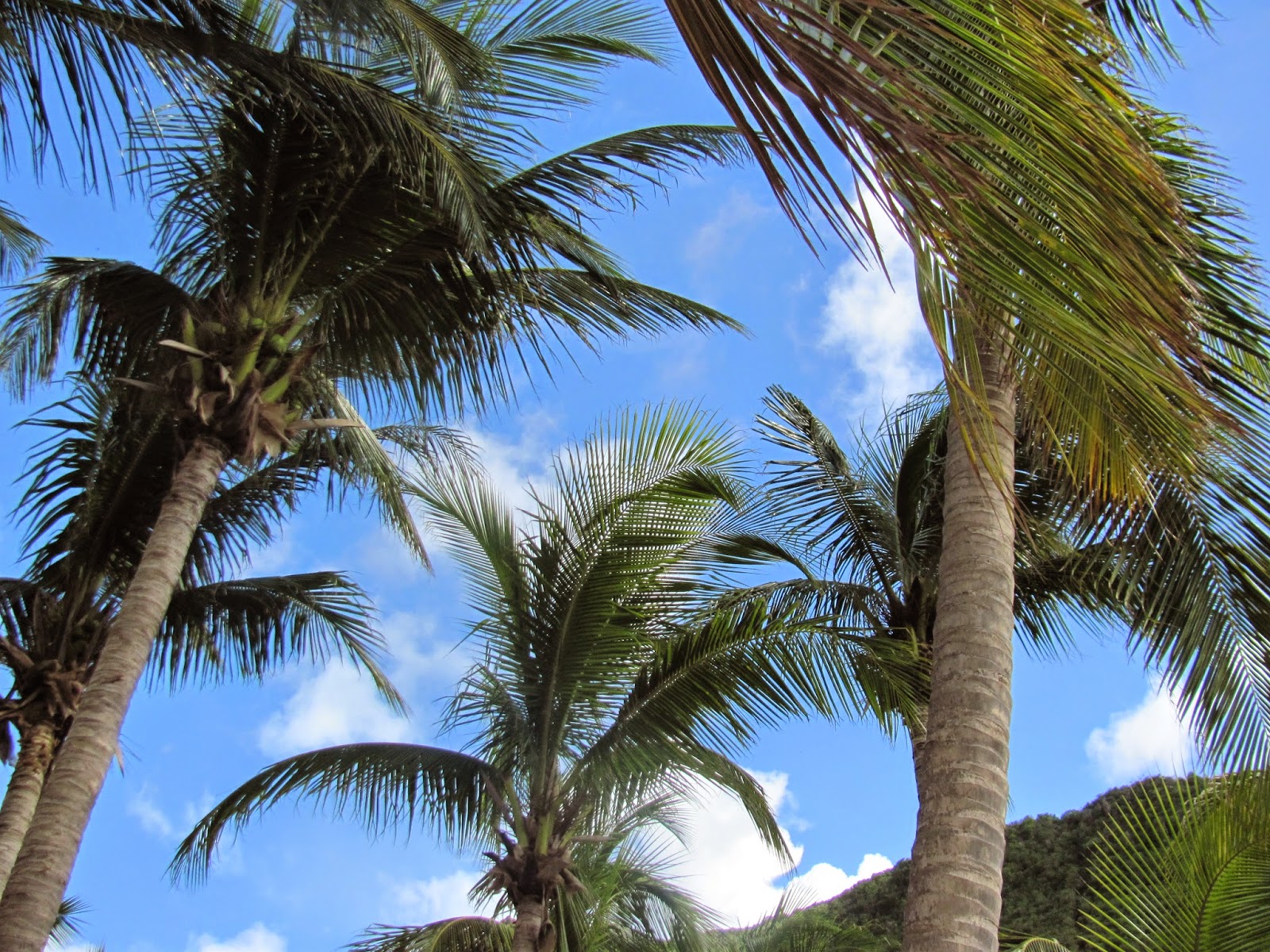 For us northerners, Dreaming of a White Christmas and walking in a Winter Wonderland, is what we do. We also do have Chestnuts Roasting on an Open Fire, because, Baby, It’s Cold Outside. But who cares. It’s nothing a cup of Hot Chocolate can’t fix. 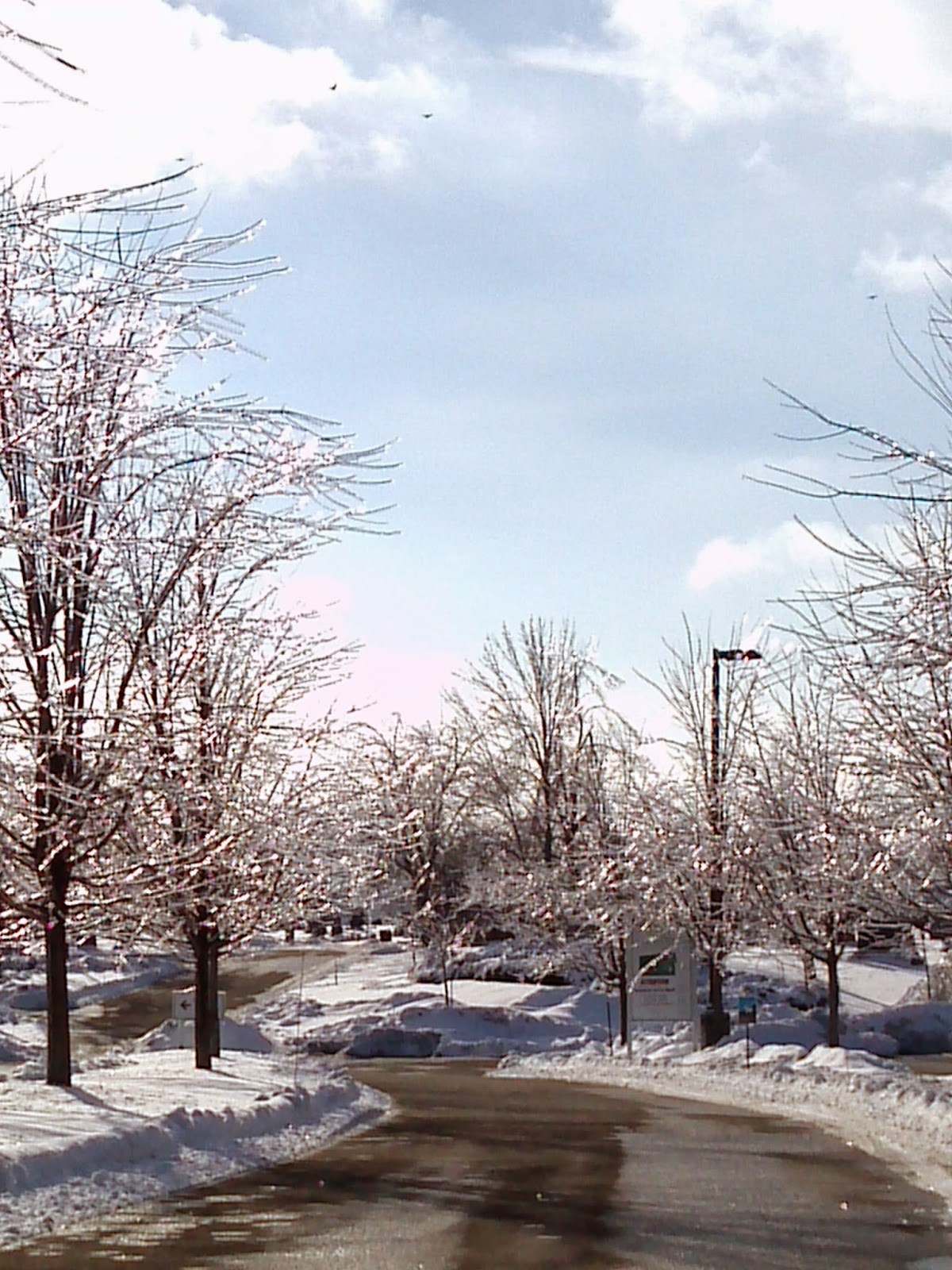