When there’s money to spend, and you want to show off your riches to the world, erect a building that will last centuries. Joronimo's Monastery in Belém (Lisbon), one of the finest Manueline architecture structures in existence, and today, a UNESCO World Heritage site, is just that structure. Built in 1502 for the Hieronymite monks, whose sole role was to pray for the king's soul, Joronimo's Monastery celebrates Portugal's Discoveries Era, a time when pride was high and money flowed easily.

I board the tram at Cais de Sodre Metro station and clickity clack my way eastwards towards Belém, the Tagus River never far from sight. My unfamiliarity with the area causes me to exit the tram one stop too soon. I walk along the busy Rua Belém, which connects to Praça do Império. As I round the corner between the two streets, I see the Monastery’s dome high in the sky. It's my beacon. Ornate spiky pinnacles begin to appear, and each step brings me closer to the structure that took 100 years to build.

It's just after 1 p.m. in early October and the sun is high in the sky. The colour of the building is almost white, or so it appears under such bright sunlight. The combination of colour and light makes it difficult to stand and gaze at this structure. I’m gob smacked by its magnitude. It takes my breath away. I feel small.

The side entrance is so highly adorned with carvings and figures, gables and pinnacles. It resembles of a tall wedding cake with sugared icing decorations. Solid, yet delicate, and stunningly beautiful.

The church of Santa Maria with its many stained glass windows, intricate pillars and columns and gold dusted altar, forms part of the complex and is a must see. 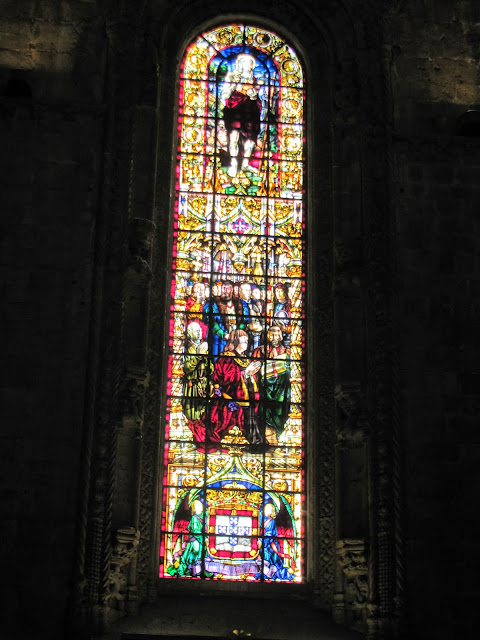 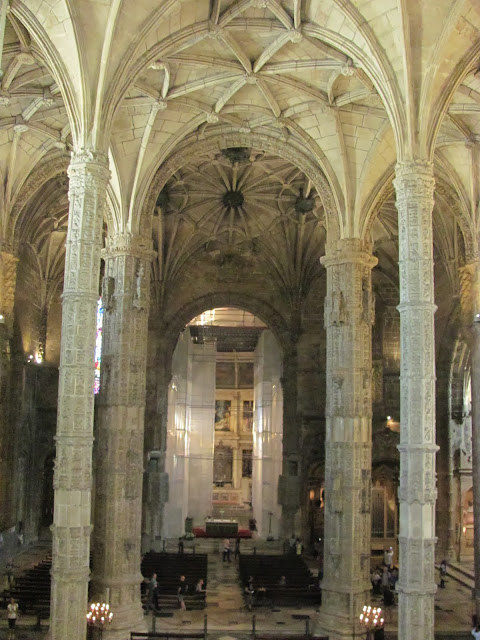 There is so much to take in, with confessionals, and cloisters, gargoyles and carved angels revealing themselves at every turn. Yet for all its grandeur, there is a peacefulness here. Perhaps because it is so large, one can find a quiet spot to sit, think of the past and appreciate.

Kings, writers and explorers are buried here. None more famous than Vasco da Gama, undoubtedly Portugal’s most famous explorer. He is the man for whom Portugal’s one-time riches are attributed to, thanks to his forging the route to the elusive east, bringing home the spice trade, and with it, the money.

As I wander through this magnificent structure, one that began as a testament to faith, knowledge, wealth and power, I think of all the stories that must lie within its walls. The king who ordered the monastery built in praise of God's good graces. The workers who made their way in and out of this building for the many years it took to erect it. The confessions that were made through crisscross wooden frames separating sinner from confessor. I am in awe of the intricate craftsmanship on display and the masters behind it. Who were these people? Did they have any idea that what they were building would last and be appreciated centuries onward?

At a time when Portugal ruled the waves, brought home gold, spices, silks and precious stones, charted the east and reshaped the world, did the architects, builders and craftsmen have any idea of the legacy they were creating? I’m thinking they did. Why else would such a structure be built, but not to remind us of what once was. 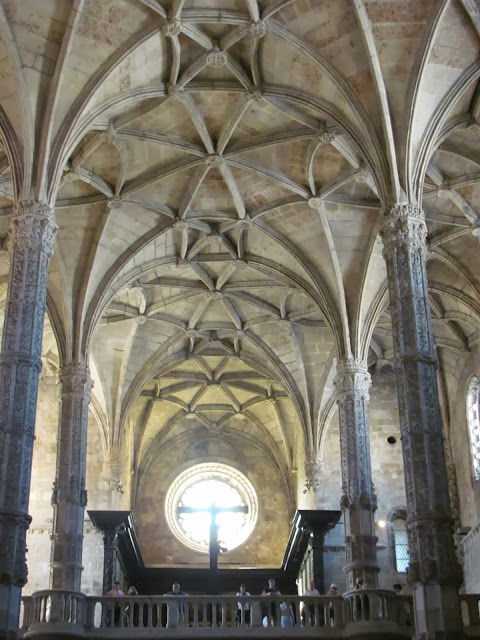 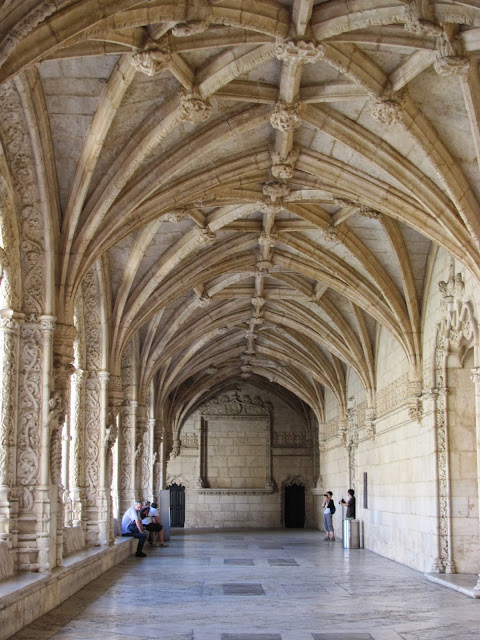 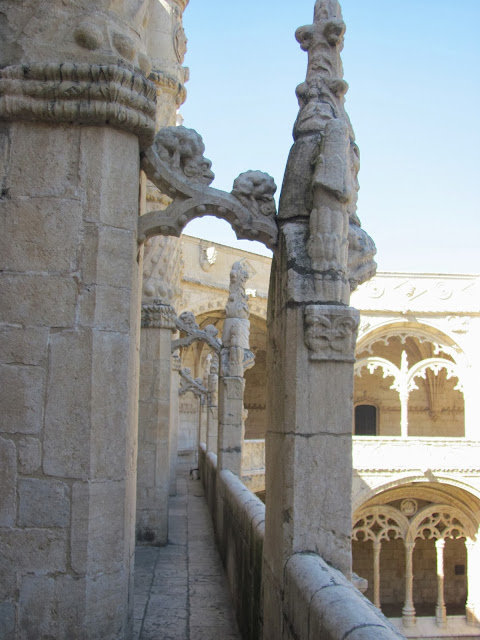