When I travel abroad, say Buffalo, I tell people I’m from Toronto. I’m not. I’m from Mississauga.

The reason I state Toronto rather than Mississauga, is because most people haven’t heard of Mississauga. There are exceptions of course. There’s always someone who knows somebody who lives in Mississauga.

They say things like, “My wife’s best friend has family there. The McLaren’s. Do you know them?” I don’t.

The name, ‘Mississauga’, comes from the Algonquian Mississaugas, a First Nations tribe originally from the Georgian Bay area of Ontario. With the mighty Credit River flowing through its land, what was once a Toronto bedroom community, is now Canada’s sixth largest city. It's comprised of several unique villages, many of which retain their original charm.

The city’s population boomed as Toronto city-dwellers looked for places to raise families. Many made the move west—to Mississauga. They got more bang for their buck by living here, while commuting there. Today, thousands of Mississaugans still make the daily commute to Toronto for work. Many more however, now live and work in our city, thanks to over 50 international corporations with Canadian headquarters here, companies like Microsoft, General Mills, Wal-Mart, NCR, to name a few.

I’ve not written about my city. It’s high-time I do. This is therefore, an introduction to the city I have called home for over 30 years. And yes, I came west with family in tow. The first home in Mississauga was in fact a pretty tiny house, but it had a massive yard. There was lots of space for kids, grandparents and a dog to run around in. The driveway fit more cars than we owned, the neighbours were on first-name basis and did not mind their own business. It was life in what used to be the village of Cooksville.

And that’s the thing about this city--you don’t just live in Mississauga, you live in a village. One Mississaugan meeting another will always state the village he/she lives in. It might sound pretentious to an outsider, but here, it’s what we do.

I now live in Clarkson. My favourite library is in Lorne Park. Port Credit has the best summer festivals. Streetsville has the most charm, and on it goes.

I’ll be writing a bit more on Mississauga over the next while. For now, here are just a few fun facts:

Am I the only one who finds this fascinating? 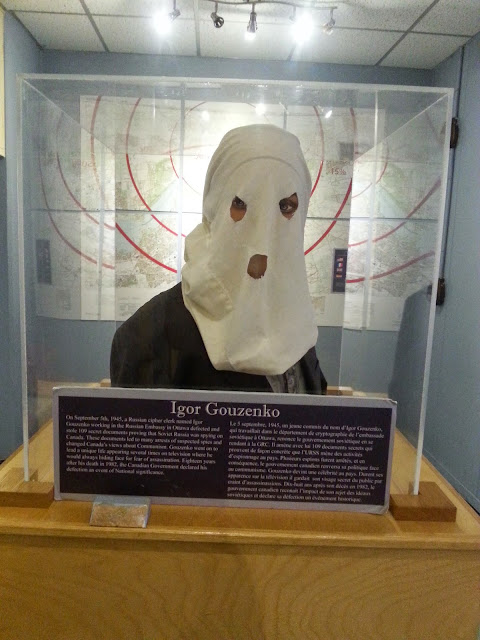