Snowshoeing: One Step at a Time

The car pulled to a stop on a snow-covered Haliburton backroad.

“I thought we’d do some snowshoeing,” I hear Barrie announce. Did you now? Is the response I want to provide, but instead I find myself saying, “Oh wow! Snowshoeing! That’s great. I’ve never been snowshoeing before.”

I’m out of shape. I’m in prime heart-attack years. I’m nervous. But, I’m on an adventure through the Haliburton Highlands with Barrie Martin, of Yours Outdoors, an adventure outfit catering to full-fledged adrenaline-rush-seekers and to those a little less so (that would be me). 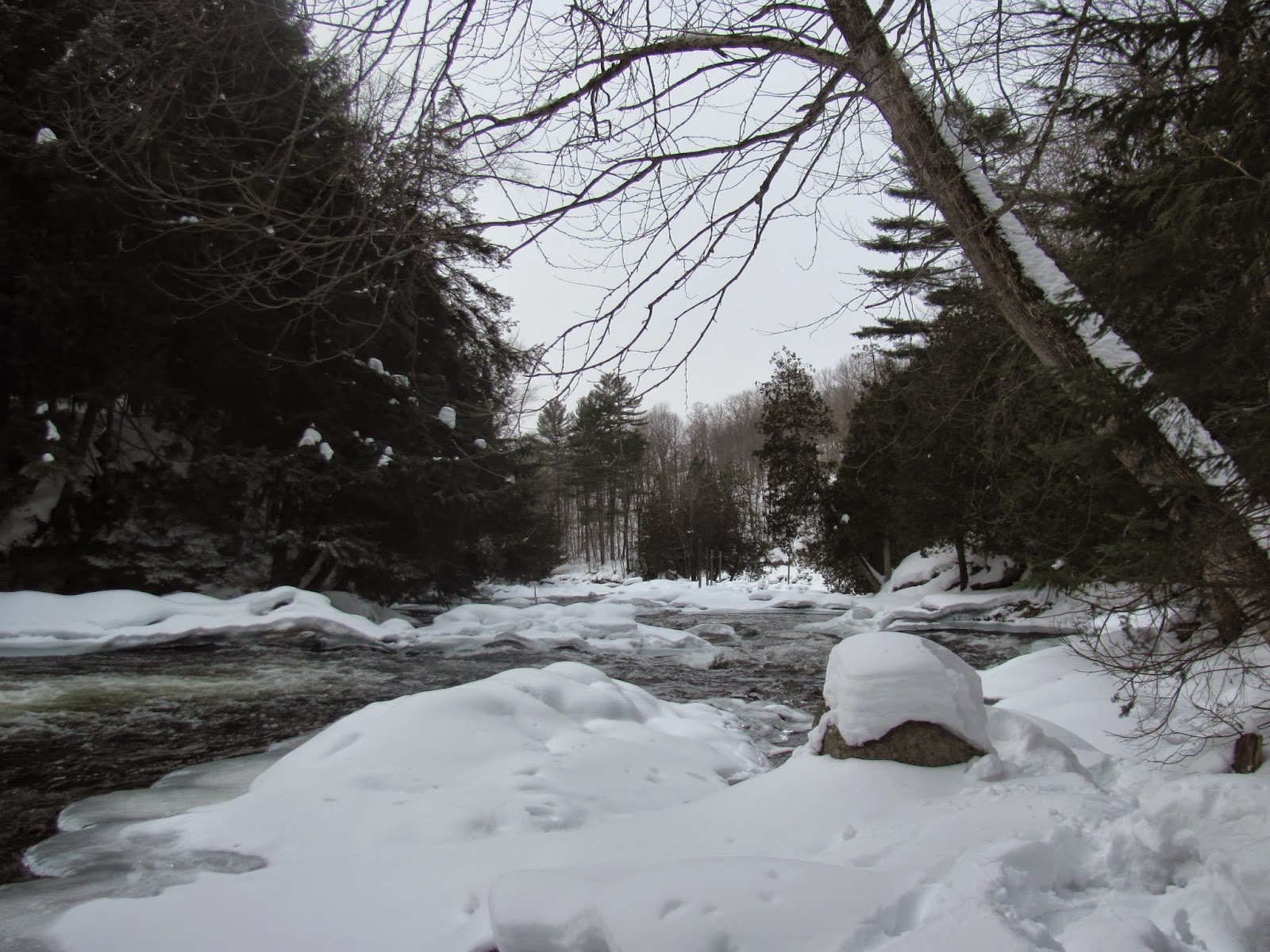 Even though I’ve just met Barrie, he seems trustworthy, as in, I don’t believe he’d put my life in danger. So out of the car I bounce, with as much enthusiasm as I can muster.

Barrie pops the car trunk open to reveal two different style of snowshoes. I only recognize one. The original kind, made of wood and shaped like large tennis racquets with long cream-coloured cloth-straps dangling loosely. He quickly claims those as his.

The second snowshoe model, and the ones I’ll be strapping on, are a grey-blue metal ring, covered in plastic with straps and doo-hickies hanging here and there. They look light and aerodynamic. I’m not at all certain I want anything aerodynamic attached to me, but what the heck, I’ve come this far.

Barrie takes the two foreign looking objects and places them on the ground next to me. He takes a second set and drops them in front of my colleague, Parm. Then he instructs us on how to properly put them on.

“Loosen the strap here.” He demonstrates where.

“Place your foot in here,” he continues, “then pull the strap as tight as you can and lock it in place by pressing this.” He presses. I do as I’m told with the first foot. Then the second. I’m ready. Parm does the same. She’s ready.

Barrie, meanwhile, has twirled, wrapped and tied the tennis racquets onto his feet. He’s ready. We’re off.

The snowshoes feel foreign. I fear I’m going to overlap them and fall faster than a snowman on a warm spring day. I walk with my legs spread way too far apart in order to prevent such a calamity. It hardly feels ‘normal’, but I persevere, following behind Parm, who follows behind Barrie. Every once-in-a-while they turn around to make sure I’m still behind. I am.

Barrie has been running adventure tours in the area for over seven years. In the summer, you can collect minerals from the Canadian Shield or hike and canoe in Haliburton Forest. In the winter, Yours Outdoors, specializes in outdoor activities, ice climbing being one of the more popular tours. There's also dog sledding, cross-country skiing, ice-fishing, along with a whole host of other winter activities. And of course, there’s snowshoeing.

As we make our way through the trail laid out by previous trekkers, I start to wonder, why exactly, have I waited this long to strap on snowshoes? It’s kind of fun. And out here, where the air really is fresh, and the snow is so clean and white, I feel shame that I’m more like a hibernating bear than a crazy canuck.  I feel a zest towards winter that I’ve not experienced in a long time. I secretly vow to embrace winter.

“That was so great,” I tell Barrie, as I place my snowshoes back inside the trunk.

He smiles and offers two options to end our day. “We can go for tea in this little spot I know. It requires snowshoeing twice the distance as what we just did in order to get to it. Or we can drive to a coffee shop.”

“Let’s drive,” Parm and I say in unison.

Next winter. I vow to embrace.